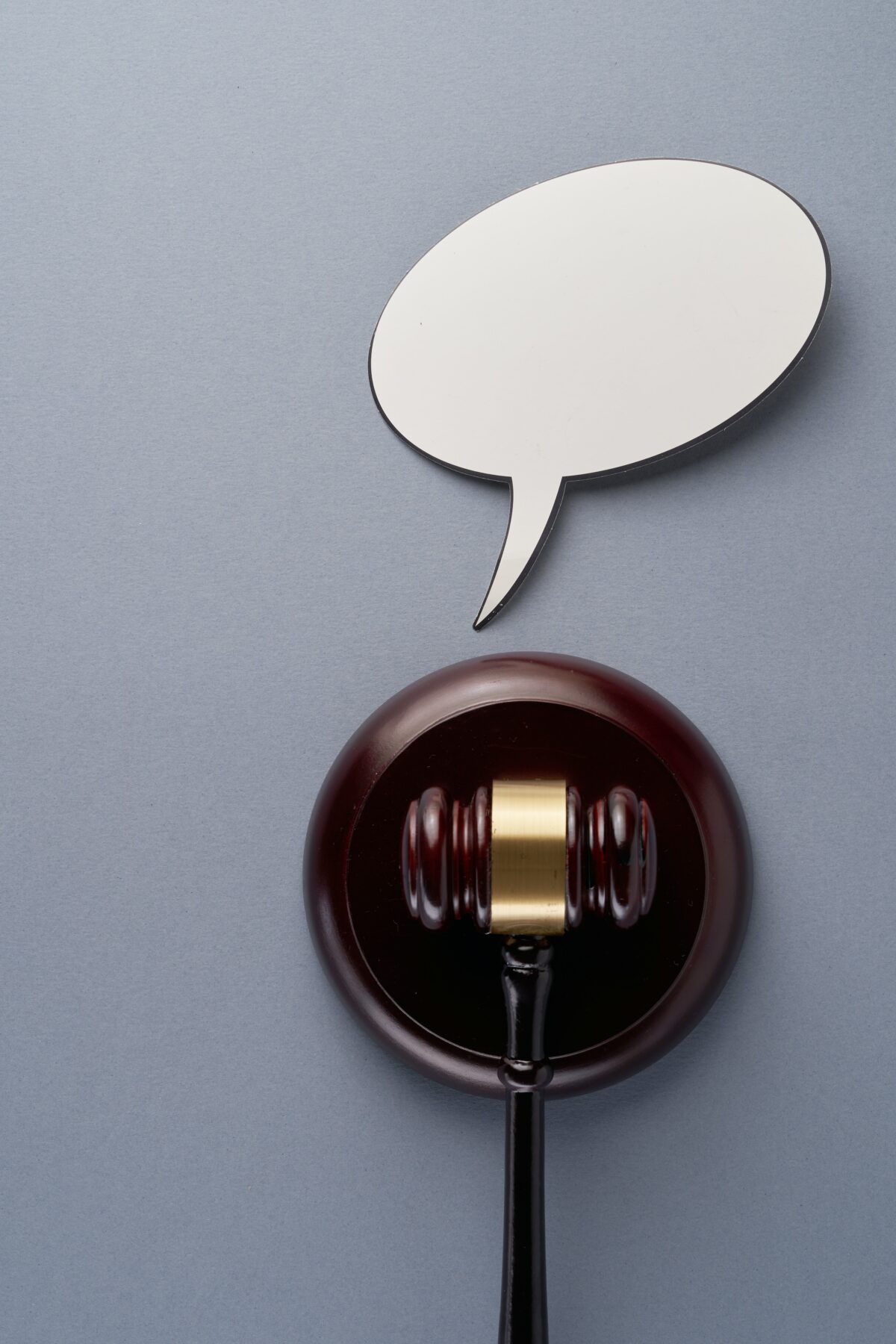 Allow me to show you how the courts cheat:

First, know this: what happened was by law Assisting Suicide or Voluntary Manslaughter (10 years for either). They made sure I got Murder One (Life Without Parole), and did so by not telling my jury the law – that murder is reduced to manslaughter by serious provocation – and, in the case of my appeals, just not following the law – again, ignoring the serious provocation that made murder into manslaughter.

Jamey was proven suicidal – (same citing as above, ‘Overview’): ‘The victim told defendant that he wanted to die, and there was evidence he had suicidal thoughts.’ (I. Background and Proceedings): ‘Brucker repeatedly expressed a desire to die.’ (Footnote 3): ‘Brucker had a history of depression, including suicidal thoughts.’ 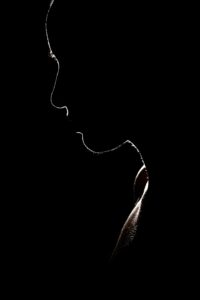 And Jamey was on top of me, pinning me to his bed, when I shot him from below:

Q. And once again, you state in your report that the manner and direction of the shots fired tend to support how Eric Miller said he shot and killed the decedent, correct?

A. I indicated that, yes, but I also indicated other things besides that.

Q. That’s a statement you wrote in your report?

A. I think the direction as to how he said the shots were fired from the physical evidence gathered appeared to be correct.

Q. I’m asking what you wrote in your report.

That in mind, here’s the reasons they gave for turning my appeal down – this is their proof for murder:

‘Miller also told (Det.) Shannon that if he was trying to stop Brucker from raping him, he ‘would’ve just given him the butt of the gun.’

They got this from my interrogation, p. 44: ERIC MILLER: ‘… And if it came down to it and he was still trying to rape me that way I’d just give him the butt of the gun if he didn’t want to die and that would have gotten him off of me, I wouldn’t have killed him, you know.’

See the difference there? ‘Still’? My statement concerns what I’d do if it happened again and had time to think before acting. Thinking ahead, not behind. (Course, turning the gun that way to give him the butt would’ve aimed the barrel at my face, soooo, not a good idea no matter when it was thought…) They used the statement out of context. Then actually had the nerve to follow it up with:

Or how bout these further reasons for murder:

‘The jury heard evidence that Miller routinely drove his vehicle while under the influence of marijuana and alcohol.’

[TRUE! Not murder, but TRUE! … Stupid, but TRUE! And I was a douchebag for doing it, but still TRUE!]

‘Miller enjoyed firing the shotgun within city limits, often near the interstate.’

[TRUE! Not murder, but TRUE! Note: I never shot at cars like they’re implying. I sat on a hill and shot the shotgun up at the stars to feel the power of the gun. I chose that location knowing the sounds of the semi’s passing below would muffle the sound of the gun.]

‘Miller punched Brucker in the face when Brucker tried to touch him.’

[TRUE! Not murder, but TRUE! Cause that ornery fucker kept trying to grab my dick in the car where I couldn’t get away from him! … He laughed after I hit him too!]

‘Miller put a bladed martial arts weapon to Brucker’s throat when Brucker was too loud.’

[TRUE! …Lotta true’s here, aren’t there. Damn. … Anyhow, TRUE! Not murder, but TRUE! And Jamey laughed at that too, and I took it away from him and thought him ‘brave’ for his reaction! …Hehe. I swear I’d still hang with Jamey if I hadn’t shot him. And he’d still hang with me too! We had a blast!] … [That pun was NOT intended! I swear!]

‘For several weeks Miller had craved killing another human being.’

[TRUE! … This came from my interrogation, where I said, ‘You just start to get to craving. I mean you don’t want to kill someone innocent.’

As also stated in that interrogation, I ‘never had a face in mind’ of whom to kill, only that it would be someone who preyed on others. An abuser. … I’dve been going after a person that hurt good people, that HURT YOU. … Did the Court of Appeal fail to mention that part?? Hmm.

At any rate, Jamey was not someone who hurt others. He was a hurting outcast himself, and I wouldn’t have shot him had he just GOTTEN OFF OF ME! …Siiigh. You just can’t talk sense into a suicidal person.]

‘Miller was not remorseful for killing Brucker.’

[PARTIALLY TRUE! … Not murder, but TRUE! I was never asked whether I was remorseful or not, the judge just assumed I wasn’t, stating in my sentencing that I ‘showed no remorse for my actions.’ Apparently that’s a stone-set lack of remorse to the Iowa Court of Appeals. … But still, partially true – Jamey forced me to shoot him, per his own desire. I liked Jamey but I didn’t feel bad for shooting him off of me. He had every opportunity to save his own ass.

My remorse is only for those who grieved him. I’m sorry for your pain.]

[FALSE! … Not murder, and FALSE! Jamey gave me his cash, pre-shot, when it was still an assisted suicide plan and I thought I could shoot him just to be shooting him. I couldn’t, he forced me, I shot. … I did take his cell phone after the shot, admittedly. My drunk ass thought it could prevent me going to prison.]

‘Miller believed he could escape and possibly kill again.’

[WHAT THE FUCK?! That one doesn’t even deserve the FALSE! It’s just what the fuck?! Ask the Iowa Court of Appeals to explain where in the seven hells that one came from. I know I didn’t say it! … I’d ask but they aren’t answering my letters just now. :)]

‘Miller had a dark side and enjoyed committing destructive acts that provided him with a thrill.’

Mmmkay. So. Look over those reasons and tell me which one, or ones, make what I did murder. Those are the reasons I’m doing Life Without Parole for.

Manslaughter in Iowa is ‘a would be murder except for serious provocation.’

They didn’t tell my jury that. And in the appeals ignored all mitigating evidence, all the serious provocation.

You see then, how they cheat? That ruling was used against me the entire way through the rest of my appeals. Courts wouldn’t even look at the evidence, trusting the word of the Iowa Court of Appeals that I was a bloodthirsty, ravenous murderer of mankind. (When in reality I was merely a dark, angry, wannabe-avenger of those being bullied! Who got in over his head with a truly suicidal man. …Siiiigh. Not murder, but TRUE!!! 🙂

It wasn’t murder and they know it.

(Amazon disclaimer: as an Amazon associate I, Christine Duts, manager of this website, earn a small commission from qualifying purchases, at no extra cost to you. This helps me maintain this website)

5 thoughts on “Justice or Not? You Decide. Eric Miller’s Response to Iowa Courts of Appeals Ruling in the Case vs Miller”