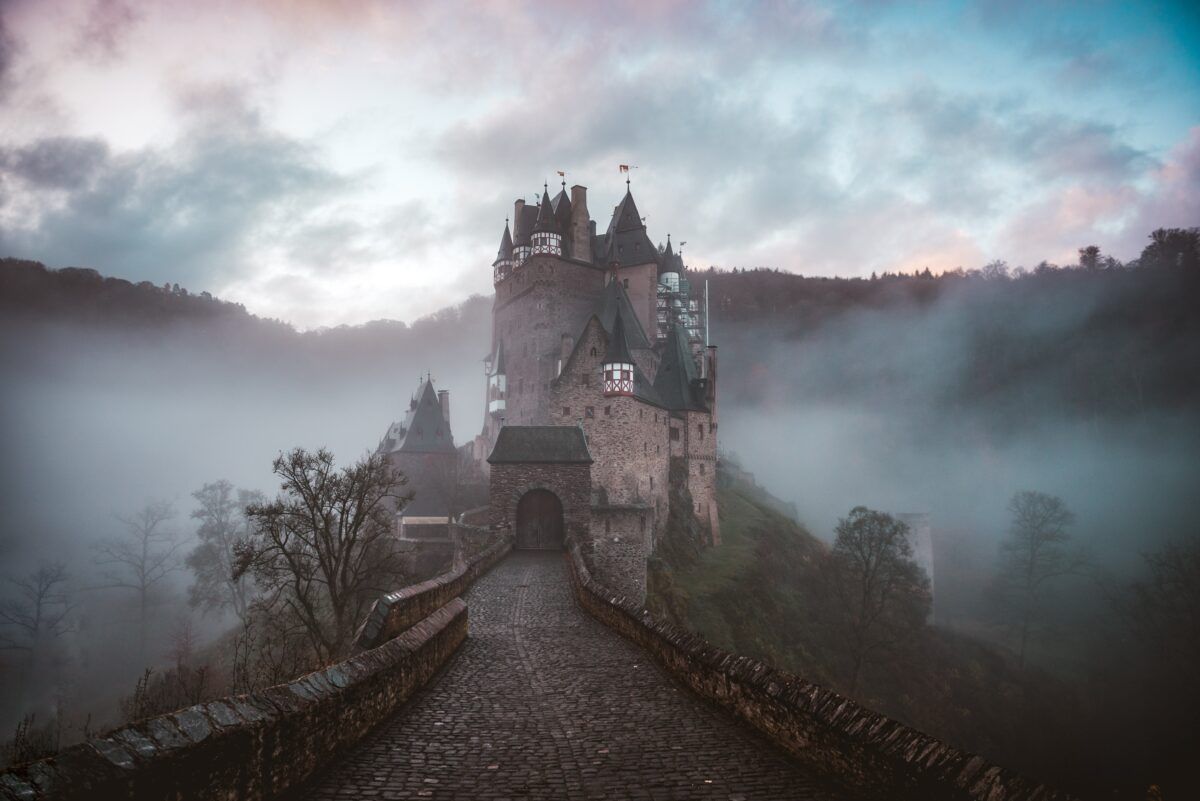 Okay then, here’s how I remember the game:

Title screen – all black but a dragon icon, a Gregorian choir chanting

(Or something like that. …It’s close, I know that much.)

I start a new game and without even picking my character yet I’m lookin out through his (or her) eyes, ridin on this wooden cart led by horses, sittin next to two dudes, one of which is flappin his gums about something-or-another and I first look over and think it’s the guy with his mouth covered that’s yappin but it’s actually this guy on the other side. And he just will not let up. So I’m already frazzled, ready to slap the sh*t outta someone, right?

The cart must be goin down a hill or something cause the trees are all crooked, so when I turn my head I’m at this weird-ass angle, making me think I’m a quadriplegic and this is gonna be a real short game.

Come to find out this guy beside me is some badass rebel leader who shouted a guy to death – an ability a bandanna over his mouth completely negates somehow. But I don’t find that out for another few minutes, actually, so ignore that. Right now, dude across the way is askin what I got bagged for. (Meaning picked up and hogtied and apparently beaten into quadriplegia over).

My explanation for him is, ‘I crossed the border.’

…That’s it. That’s all there is. I crossed the border into Skyrim and got nabbed.

Oh! Also, I notice, the mouth-tied rebel leader dude on the other side of me is wearing this nice black fur mink coat (or some kinda animal), while I’m wearing rags. This means that the rebel leader got hogtied and was allowed to keep his mink coat while I – a guy who crossed the border – got all my stuff taken. (Likely in both ways. Or maybe that’s what I’m being carted to right now? Hmmm.) 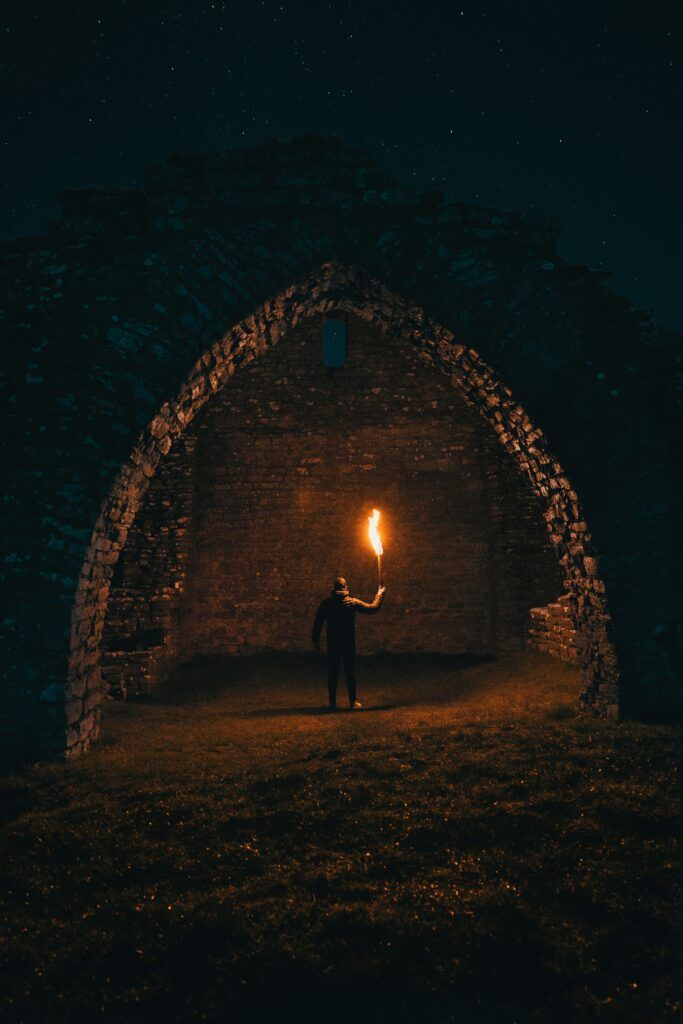 Anyhow, I look ahead and see a red armored guard on the cart-front driving the horses. We’re entering a town.

Helgen must be Skyrimese for ‘Dragon Fodder,’ because that’s what it’s going to soon become. But who am I tellin, right?? You’ve played this.

So… we ride into town, there’s people outside their houses watchin us like a Thanksgiving Day Parade, a kid’s talking, his parents hush him, and then we pull up to a gathering of soldiers and one executioner, come complete with head-chopping block.

They get me outta the cart, Chatty Kathy beside me moves along to yap at some other unlucky Skyrimmers, who must be thinkin ‘Seriously? Of all three people on that cart, this isn’t the one they gag with the bandanna??’ Heh. ‘One guy shouts dudes to death. This one just talks ‘em there!’

[Lokian Note to Self: Skyrimmers. Hehe. Be sure to make a ‘Skyrim-job’ joke later on.]

Anyway – now it becomes clear we’re all going to get our heads lopped off one at a time, so some other dude from another death cart peels off – just bolts, runs like his ass is on fire – hands tied and everything, on up the path, yelling ‘SCREW THIS! I’M NOT DYIN A VIRGIN!!’

(Or something like that. …It’s close, I know that much.)

He’s rewarded with several well-placed ass arrows (and a few upper body also). Makes me laugh, honestly, cause dude got shot up and actually went into the splits before keeling over. HA! (Did that happen in your game?? No? Play it again! It’s worth watching!) Total splits, man. So what he felt was arrow, arrow, arrow, tore groin muscles, death. HAAA! No wonder he screamed like a milkdrinker. It was ugly, man, just brutal. Even the carthorse I was standing beside was like ‘Daaayyyummm.’ I swear I heard him. Saw his mouth move.

So yeah, that dude bites it, then this Imperial guard with a notepad and a crayon calls me up to him and asks who I am. And I’m like, ‘Psh! You don’t want to know who I am!’

And I’m like, ‘Oh I’m no one special. I was just crossin the border lookin for ass (of a certain variety) and got hemmed up.’